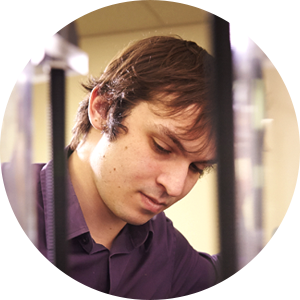 How important is a personal connection or belief in a new life sciences technology?

My motivation for researching congenital heart defects came from the fact that I suffer from it myself. It drove me more toward the research end of things initially. Eventually the company sprang out from the research.

You began PECA Labs fresh out of college. How well prepared do you think you were at that point in your career?

I came out of Carnegie Mellon with undergraduate degrees in mechanical engineering and biomedical engineering, and was making a decision between pursuing an advanced degree and starting the company, and I chose the company. This was partly because I thought the research was promising, and thought business case was promising too.

The fact is, though, that I was pretty ignorant back then. A professor, a surgeon, and a PhD at CMU at first didn’t want to get involved with PECA beyond an advisory role, so I was either going to have to do it or the research would stay on the bench.

What kind of guidance did you receive early on? How did you use it?

I got involved with PLSG early on in the process, in the first year before the company was spun off. It’s good I did, because I was an arrogant college senior, thinking I could lead this thing to commercialization. Instead, I had people tell me, “You don’t know what you’re talking about,” when I thought this would be a quick, cheap road to proving the technology and getting it to market. Five years and about $5 million in investments later, we’re about there.

I want to give credit where credit it due – they told me I was wrong back then, and they were correct. Not about the idea or the motivation, I think we’ve all but proven now that those made sense, but that this process takes longer and takes more money than you can imagine.

What lessons have you learned, having fought and adapted your way through to commercialization?

You need to be ready for a long, hard road because you have no idea. You need those people to tell you the harsh truth, even when it doesn’t sound so great. The first meeting I had with an early advisor, who now sits on our board, was an hour-long argument, but that advisor has been proven right.

Any new entrepreneur needs people to tell them hard truth, and you have to be able to accept it as a challenge, not as an insult. You need to step back and be realistic. You need to ask yourself, “Am I willing to commit myself to do what it takes or not?”

Great advice can be exceptionally valuable. But how much of an entrepreneur’s success comes from within?

It sounds weird, but there also can be too much encouragement. Dedication is a huge part of the battle, but it’s not the whole battle. I never lost faith that this idea would work, even when we had to go back to the drawing board. As pieces continued to fall together, that intrinsic belief has been reinforced. My confidence in the beginning may not have aligned with reality, but I needed to maintain that confidence in the concept to keep me and the company going.

Do you have any surprising stories that happened along the way?

It took two years after closing our seed round to raise the Series A funding. And it’s a good thing we got that first Series A, because we were down to our last $350 in the bank!

After getting funds at each stage, we’ve been successful in going back in and asking for more. We have not needed to go outside our initial funders, because our longtime investors have seen the process and the progress we’ve made. Once they did fund us, and saw we did what those funds were expected to achieve, we could go back to them with confidence. Every time we’ve gotten smarter, done our best to avoid overcommitting, which has enabled us to hit our targets more accurately.

Now, we’re moving from running based on investments to generating revenue as a company. PECA Labs got its first European clearances, and we’re working toward gaining approvals from the FDA now. We’re going from making devices to selling devices. We want to become self-sufficient, transforming from a startup to a real company.

What’s the best advice you have for new entrepreneurs?

For entrepreneurs getting into this world, my advice is to talk with everyone you can, and really listen. You don’t need to take every piece of advice blindly, but you need to gather as much information as possible. Get as much knowledge as you can, but remember, you still need to do it your own way in the end.