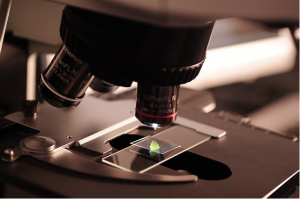 Biotechnology has been a traditionally risky investment. As Lori Kozlowski stated in Forbes, biotech requires large sums of money without any guaranteed outcome — a high risk for a potentially high reward. It can be difficult for investors to reconcile that risk when there are other avenues that yield a safer return on investment. Although that might seem like common sense, it does not reflect reality.

While the risk may be a huge hinderance for academic institutions or pharmaceutical companies, entrepreneurs and startups can innovate in biotech with more flexibility. Entrepreneurs can shift focus and adapt to new information much more quickly than larger institutions, allowing their work and that of their scientists to have a more meaningful impact on the company and project. They are able to avoid false positives or end failing projects more easily than their larger competitors, allowing for more promising results.

This versatility is why startups have been responsible for major breakthroughs in biotechnology in recent years — and, if this continues, for years to come. Here are some of the biggest biotech innovations from the last five years.

Since the advent of the $1,000 genome, the medical community has been abuzz about the prospects of individualized treatments. That excitement has translated into President Obama’s precision medicine initiative and an increase of genomic-driven startup activity. Last year saw a remarkable increase in venture funding for biotech and genomic startups — from accelerators and big name investors like Google and the Bill and Melinda Gates Foundation — which seems likely to continue into this year.

While big pharmaceutical companies are also making strides in precision medicine, startups have demonstrated an ability to specialize and take advantage of the cloud that allows them to innovate. Helomics brings this approach to cancer treatment by allowing for the comparison of live and archived cancer cells. This gives doctors a clear picture of the cancer’s development and helps them provide better treatment for the individual patient.

The identification and study of biomarkers has been closely tied to precision medicine. They play an important role in medicine and the development of pharmaceuticals, but that is far from the end of their usefulness. As the Innovation Zone at the BIO International conference has shown, biotech startups are using biomarkers to monitor water quality and as a part of bioprocess control. Pittsburgh-based Applied Isotope Technologies is monitoring biomarkers for both medical and environmental improvements.

As microscopes and computers continue to become more powerful, startups are able to develop more powerful and less invasive tools for observation and prediction. Cells can be analyzed, digitally recreated and manipulated, and studied in fine detail on screens. Immunetrics brings this approach to acute and chronic inflammatory diseases by rendering mathematical models of cells and patient populations.

Others take a more microscopic approach. Spectragenetics — who recently joined IntelliCyt’s Technology Alliance Partner Program — uses particles that selectively emit fluorescence in proximity to other particles to assist in identification. This allows for greater precision in therapeutic development. The arrays that Spectragenetics uses for this process are licensed from Sharp Edge Labs, who use their technology to develop unique arrays that help identify treatment possibilities. Recently, Sharp Edge received a grant from the Michael J. Fox Foundation to apply their methods to Parkinson’s Disease.

The pace of innovation in the biotech space does not seem to be slowing down, and we are proud to support western Pennsylvania biotech companies. What will be the next big area of innovation in biotechnology?