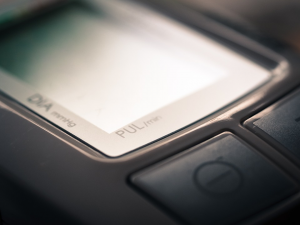 The Affordable Care Act (ACA) has helped a great many Americans get health insurance and much needed care, but parts of the bill have had less helpful effects. One of these provisions, the medical device excise tax, has been a thorn in the side of life science companies since the beginning of 2013. The tax is meant to help pay for the reforms at the heart of the ACA, but has been derided as a danger to job creation, healthcare innovation, and manageable healthcare costs.

To the delight of many legislators and medical device manufacturers, 2016 looks very different. With the passage of the Consolidated Appropriations Act of 2016, the 2.3% excise tax has been suspended for two years. Advocates for the medical device industry see the suspension as a victory; while others worry it will make it more difficult to fund the reforms of the ACA.

Opponents of repealing this tax assert that it was created to be balanced. The Center on Budget and Policy Priorities states that the increased business necessitated by the ACA would make up for the revenue lost by the tax. They claim that the tax would have a negligible impact on employment and innovation.

Indeed, as NPR notes in the above referenced story, employment in medical device companies has not been affected by this tax. But the assertion that innovation would not be affected is misguided. It might be true that larger, more established medical device producers have not been hindered by the excise tax, but it’s a different story for medical device startups..

Smaller device manufacturers are often still struggling through startup funding rounds, trying to attract investors and grants to stay afloat. Many investors already see these companies as risky investments. The ACA’s medical device excise tax makes them look even less advantageous as precious investor capital that could go into the company’s development must now go to taxes. This is a real problem for startups, as NPR reports, “because investors balked at putting their money into an industry that’s been singled out to pay a tax.”

2.3% might not be a lot for a big firm, but that can be a significant loss for startups. Funds put toward this tax are funds taken away from research and development, which hurts production, delays testing, and limits market penetration.

We’ve been fortunate to see success over the past year from medical device companies in Pittsburgh, including ALung Technologies and Rinovum Women’s Health. Think about the innovations we could have seen if other young medical device startups were not hampered by this tax.